Chronic weakness (Fibromyalgia and other issues) 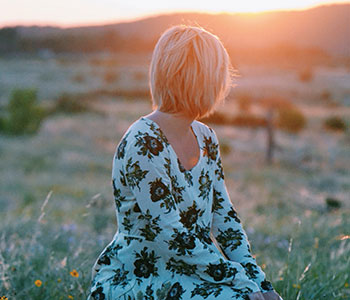 To some people it might seem strange that I include an article on chronic weakness and especially on Fibromyalgia in a website about psychology.

But it seems like Fibromyalgia is a form of exhaustion, an excessive consumption of energy of the body, which leads to an extreme fatigue, and in turn to the complete burnout that obligates oneself to rest.

It’s interesting that the majority of the people who suffer from Fibromyalgia are “physically and mentally depleted” women. They are women who gave their all, with an unstoppable fanaticism that helped them to do whatever was expected from them.

This lack of limits, which in reality supposes a faulty management of the central nervous system over the needs of body and mind, reaches his end when the person is not able to do anything anymore, and needs to stop.

Also, it seems that antidepressants help improve the symptoms. This indicates that they reduce the pain that lies hidden beneath many layers of iron will and fervent energy.

Psychotherapy can help, but how? By diving deep into the original cause of the problem, and by liberating the “archived” and blocked feelings, which currently impede the proper oxygenation of the organism.
Other therapies such as yoga, metamorphic massages and certain breathing techniques can also be helpful in improving the symptomatology.

I’d like to add that chronic weakness can also be related to a continuous psychological effort to project a certain image, or to certain characteristics that one has repressed because they are considered unwanted by them or their environment.

In a way, this disorder is linked to (once organic causes have been eliminated) a certain degree of hysteria, which produces a constant tiredness because the person is living with an exhausting interior conflict.

It is not that you cannot overcome fibromyalgia; on the contrary: you have to do anything in your might to free yourself of this situation.