Why do some people have so much difficulties quitting cocaine or other addictions? 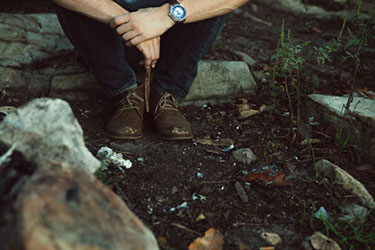 There are many people who live in the inferno of the impossibility of quitting an addiction.. They’ve tried everything: psychiatrists, psychologists, short- or long-term stays in specialized centers and clinics. They reach a point of desperation in which they might consider extreme solutions, because the level of psychological pain, the feelings of impotence, and the sensation of hurting the people around them severely, makes them feel vastly overwhelmed.

And why can’t they overcome an addiction?

Addictive substances such as cocaine, are highly deceiving. When the person believes that they are capable of quitting them, they find out that they’ve created an autonomous “life” system in their psyche. The addiction has become an independent part of them, and needs the substance without the voluntary control of the patient.

And what is worse, you can keep the substance away from this autonomous system or complex in the psyche, if you keep the patient in somehow isolated conditions. The system will then become inactive, however it won’t disappear and it will pop back up at the smallest opportunity in order to ask what it wants: drugs.

What then, is the biggest error committed in therapy processes?

To approach the battle against addiction directly and in the form of a training, much alike the training of a pet. It’s as if you’re giving someone weapons to fight a war which is impossible to win, as if you’re teaching a weakened and famished battalion combat techniques. You should first bolster them until they are stronger, more effective, and are ready to win the battle.

And how is this done?

Very simple, by strengthening the healthy part of the psyche. By developing latent aspects which still linger under the surface, by showing them new ways to live, and by discovering and nourishing previously unknown resources. This all will aid in building up the healthy zone and making it stronger the the zone that is “infected” by the addiction.

In a way, the process is similar to potentiating the immune system before starting the battle against a certain illness. The problem is that if we attack the illness with a weak immune system, the organism, the body, or in this case the psyche could succumb.

But in this way aren’t we forgetting the real problem, the addiction?

No, we leave it for a later moment, for when the possibilities of victory are way higher.

Please don’t give in to sentimental comments like: look what you are doing with your life, you’ll lose it all, you have wonderful kids, this is devastating for your health, you will become broke… The person knows this already but he can’t do anything about it right now. Nothing is nothing, because his willpower alone is not enough. You have to approach the problem another way.

And yes, some battles will be, without any doubt, lost (relapses), but the important part is to win the war.

The power of a healthy, and activated psyche, is very much superior to the “addicted area” but you have to know how to guide it. You have to be patient and you have to leave aside therapeutic cliches and truisms.

It is possible to overcome an addiction.